Popular Culture January 2014
"He is the greatest artist who has embodied, in the sum of his works, the greatest number of the greatest ideas."
~ John Ruskin (1819-1900), English art critic
New in The Source This book guides the novice fly angler through every step, from buying tackle and equipment, to assembling it and then using it to successfully fish rivers and still waters. This handy guide contains a wealth of essential, practical information in clear, bite-size chunks that are suitable for amateurs. For example, knots are introduced as and where they are needed as well as being gathered together in a separate chapter where they can be easily located. The skills you need to learn and develop are also explained in a friendly and easy-to-understand way that will help you develop confidence in your craft.
Beatles vs. Stones - John McMillian
Check Library Catalogue

The Beatles and the Rolling Stones have long been set up as competitors to each other, but as Beatles Vs. Stones shows, their connection to each other wasn't really so black and white. They may have been competitors of sorts, but they also respected each other; their supposed rivalry had more to do with their managers and promoters than with any personal enmity. Readers interested in how the careers and images of the two bands were shaped will be particularly interested in this illuminating history.
Kayaking manual : the essential guide to all kinds of kayaking - Bill Mattos
Check Library Catalogue

This is a modern illustrated 'how to' guide to kayaking, with authoritative information for beginners as well as the experienced paddler, all delivered with humour and enthusiasm. Presented in colour with easy-to-follow, step-by-step photographic sequences and inspirational action images, this manual covers everything from flat water through to ocean paddling, white water and surfing. The book also explains the clothing and equipment required for every type of kayaking and, of course, the boats and paddles themselves, as well as weather, hydrodynamics, safety and rescue.
British comedy greats - Michelle Brachet
Check Library Catalogue

When it comes to the great icons of comedy, Britain rules the airwaves, screen and stage. No other country in the world can boast such a pedigree of top comic entertainers and their legacy lives on through their recordings and films. From the silent screen stars Charlie Chaplin and Stan Laurel, to the modern day stand-ups Peter Kay and Michael McIntyre, this affectionate collection of profiles includes more than 60 comedians, many of whom have stood the test of time and are regarded as comic legends.
John Varvatos : rock in fashion - John Varvatos and Holly George-Warren
Check Library Catalogue

The legendary menswear designer describes the impact that rock music has had on his life and his fashion designs and features more than 250 photos from his personal collection of music royalty including the Rolling Stones, Iggy Pop and Patti Smith.
The world is ever changing - Nicolas Roeg
Check Library Catalogue 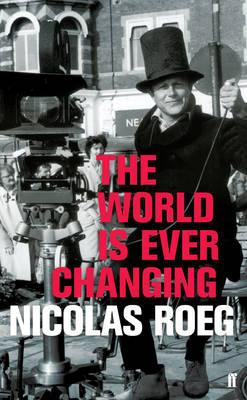 Nicolas Roeg began as a cameraman, working for such masters as Francois Truffaut and David Lean. His explosive debut as a director with Performance, established an approach to film-making that was unconventional and ever-changing. This book deals with his work.
Coconut cures : preventing and treating common health problems with coconut - Bruce Fife
Check Library Catalogue

In this book, you will learn about the amazing health benefits of coconut oil, meat, milk, and water. You will find out why coconut oil is considered the healthiest oil on earth and how it can protect you against heart disease, diabetes, and infectious illnesses such as influenza, herpes, candida, and even HIV. You will learn why coconut water is used as an IV solution and how coconut meat can protect you from colon cancer, regulate blood sugar, and expel intestinal parasites. This book contains dozens of fascinating case studies and remarkable success stories.
Moments that made the movies - David Thomson
Check Library Catalogue

This visual tour of the past 100 years of cinema presents key images from memorable and pioneering moments in film including stills from Citizen Kane, Sunset Boulevard, The Piano Teacher and Burn After Reading.
Co-mix : a retrospective of comics, graphics, and scraps - Art Spiegelman, Tom Devlin, Jeet Heer and Chris Oliveros
Check Library Catalogue

This comprehensive retrospective of the career of the Pulitzer Prize-winning cartoonist responsible for Maus includes full-page reproductions of his artwork as well as essays from curators and other artists who discuss his genre-defining work.
Fosse - Sam Wasson
Check Library Catalogue

Bob Fosse, the legendary dancer, choreographer, screenwriter, and director, died in 1987, but his innovations live on in his work, such as the film Cabaret, for which he won an Oscar (the same year he also won a Tony and an Emmy). Providing full context for his professional career and showing us his relationships with others -- his wives, his dancers, and his friends -- author Sam Wasson presents a "scintillating biography" (Publishers Weekly) that, even at 750 pages, "ends too soon" (Booklist).
Travelling Entertainment of Yore
Nothing is impossible : the real-life adventures of a street magician - Dynamo
Check Library Catalogue

When you're a kid life can seem tough; tougher for some than others. But the darkest of times can also be the most enlightening. When his late granddad showed him magic for the first time, Steven Frayne knew there was more to life than hiding from bullies.
Gypsy : the art of the tease - Rachel Shteir
Check Library Catalogue

Gypsy Rose Lee was the first and the only stripper to become a household name, write novels, and win the adulation of intellectuals, bankers, socialites, and ordinary Americans. Gypsy is the first book about Gypsy Rose Lee's life, fame, and place in America not written by a family member, and it reveals her deep impact on the social and cultural transformations taking shape during her life.
The last greatest magician in the world: Howard Thurston versus Houdini & the battles of the American wizards - Jim Steinmeyer
Check Library Catalogue

At the same time that the American public was entertained by travelling circuses and carnivals, magicians had captivated their imaginations. And in the early 1900s, the best and most well known of them all was Howard Thurston, not Harry Houdini. After an early career as a pickpocket and con man, Thurston became an incredibly successful magician, touring Europe, Asia, and Australia in addition to covering the U.S. and bringing with him plentiful assistants, a menagerie of animals, and literally tons of magical accoutrements. To learn more about the man billed as the "Greatest American Magician," pick up this "thoroughly fascinating biography" (Kirkus Reviews).
American sideshow : an encyclopedia of history's most wondrous and curiously strange performers - Marc Hartzman
Check Library Catalogue

Profiles some 200 lesser-known figures from the heyday of the American sideshow, tracing the lives of such individuals as legless acrobat Eli Bowen, four-legged woman Myrtle Corbin, and "human torso" Prince Randian, in an account of the rise and fall of sideshows and how advances in modern medicine have enabled voluntary body changes.
The ordinary acrobat: a journey into the wondrous world of the circus, past and present - Duncan Wall
Check Library Catalogue

Mesmerized by the circus, author Duncan Wall won a Fulbright scholarship to attend France's National Circus school, where he learned how to clown, juggle, tumble, and fly on the trapeze while also researching the origins of the circus -- and the unique ways different cultures approach it (think Cirque du Soleil's human dexterity vs. the Ringling Brothers' animal acts). In addition, he spoke with professionals in this highly competitive world, in which inventiveness, passion, and commitment are as necessary as physical skill. The result is a book as remarkable and colourful as the circus itself.
Contact your librarian for more great books!